By following through on the question of how digital aesthetics and pure craftsmanship can be combined, I would like to propose a series of porcelain objects.

The body of the objects is made in a completely manual process.
I work with a system that allows for a lot of coincidences. So the shape looks like digitally designed. The mixture of controlled and free form is nowadays associated with the digital rather than the manual.

Texts are written on the top of the object. These describe the pro- duction of the object in the form of modified command codes.
I use the digital logic of a history log and translate it to manual production. As with a digital file, the course of production becomes traceable. While the letters and numbers become ornamental.

The objects are made of flat clay slabs. The underlying plate is crumpled up like a sheet of paper or a piece of cloth by hand and left to dry. Thereafter, a second plate is placed on the underlying and connected at the edges. The top is now a quiet surface and thus the controlled element in whole.

Later, the object is dried and then fired for the first time. This is followed by sanding the surface and glazing. After the second firing process, the glaze is melted out. Now the text, cut out of adhesive foil, is applied to these. The uncovered parts of the glaze are now removed with a sandblaster.

This technique makes it possible to place digitally drawn patterns or texts on the object. The gloss and matt gives the patterns depth. And the irregularity of the material brings life into digital aesthetics. 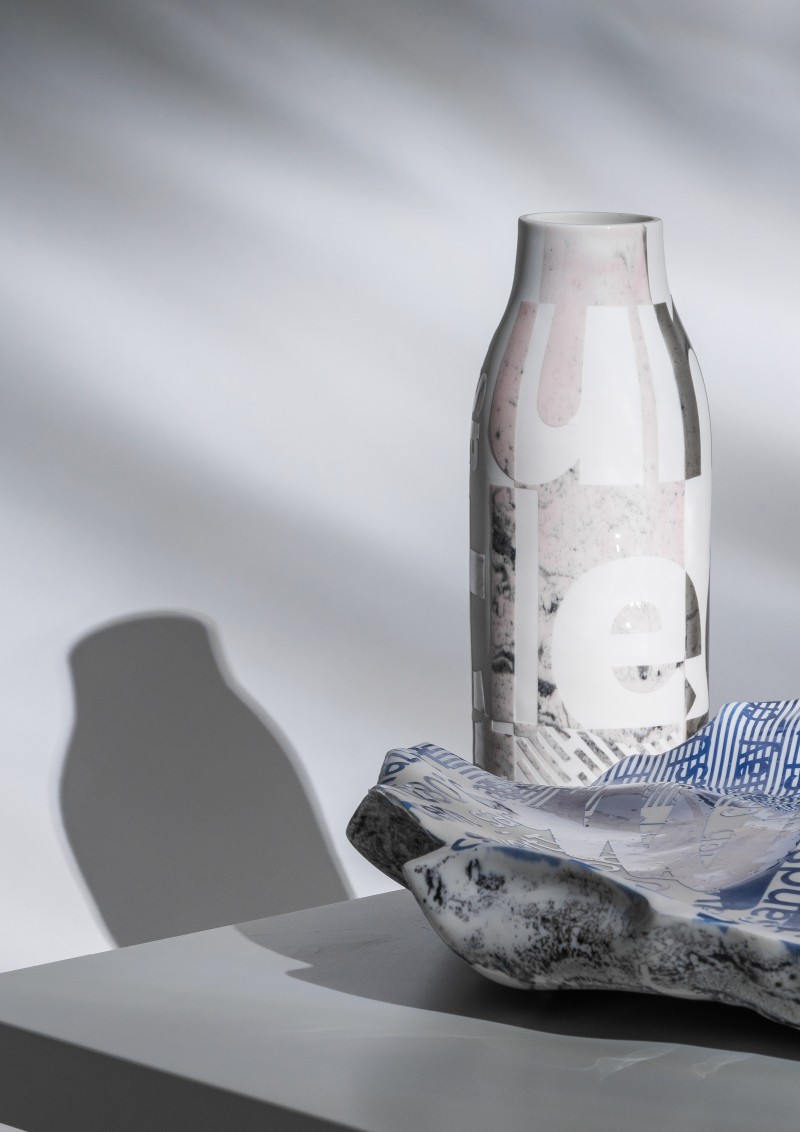